As the Tarot incarnation of Justice, tracking down the outlaws of the psychic community and delivering them to Judgment is Sara Wilde’s business…and business is good.

Now a rival syndicate known as The Shadow Court seeks to impose their own brand of justice, restricting magic to only the richest and most influential psychics, while stripping power from all the “undesirables” along the way. Their top priority? Hit Sara Wilde, guiding light of psychics everywhere, where it hurts…

Right in the heart.

From the crackling fires of Burning Man to Sara’s even more incendiary high school reunion, the path is never more twisted than when you follow The Wayward Star.

To have more Christmas fun dive into A Warrior Christmas to see which mate gets the perfect gift and which Warrior Grinch finds his holiday cheer.

Jess Vandermire and John (Britt) Brittain have been in Paris for three months now, but they aren’t going home yet. There’s a complicated vampire uprising brewing, and everything they’ve encountered in Paris so far has drawn them deeper into the conspiracy. It’s becoming apparent

there are more than just vampires in the mix, but Jess still hasn’t figured out exactly what they’re up against…or who their true enemy is.

Jess and Britt will have to work without a net, covering treacherous terrain to root out just what the threat is. The police are no longer trustworthy–even though someone is definitely doing everything in their power to break the current Pact between vampires and humans. But when Jess and Britt finally unearth the truth, they realize that they’re facing their most dangerous enemy yet.

One Book Two is spotlighting author Jenn Stark and her new release in the Wilde Justice series!

Jenn has been busy writing and she has released book #3 in the Wilde Justice series.

As the first Justice of the Arcana Council in two hundred years, Tarot-reading Sara Wilde is tasked with taking out the most dangerous magic-wielding criminals on the planet.

With a day job that requires her to hunt down psychics who use their metaphysical gifts as weapons, Tarot-reading Justice of the Arcana Council Sara Wilde has no time for fairy tales. So when her newest case pleads for her assistance against brownies, sprites, and pixie dust, she’s more than ready to file it under “not a chance.”

But these Neo-Celts mean business, with a boldly charismatic leader who vows to return the world to the iron-fisted rule of the ancient gods. That plan infuriates the fiercest member of the Arcana Council, Death, whose deep Irish roots hide more secrets than Sara ever realized, and draws the focus of the dark-eyed, seductive Magician, deftly weaving his ever more twisted schemes.

At the Council’s behest, Sara plunges headlong into Irish folklore, fantasy, and the very real, very frightening truth of the spaces between worlds, where the darkest memories go to hide… Memories that could upend everything Sara’s finally claimed as her own.

Travelers beware! The fairies will all come out to play when you chase The Hallowed Knight.

I have every one of them and I love how she can weave together a story.  She released a new book in October.  I haven’t read it yet, but it’s on my list.  Check it out. 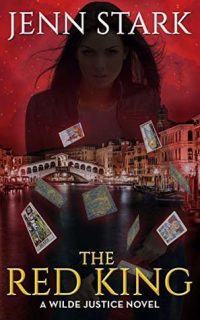 As the first Justice of the Arcana Council in two hundred years, Tarot-reading Sara Wilde is tasked with taking out the most dangerous magic-wielding criminals on the planet. Her first assignment? A killer known only as the Red King, who’s systematically picking off the world’s most gifted magicians in the rollicking streets and storied canals of Venice, Italy, on the eve of Carnevale.

Amidst the festival’s music, masks, and brightly colored costumes, Sara must unravel the truth about a brutal murderer from Venice’s own murky past, navigate the twisting political currents of magicians who seek to rival her own Council, and keep one costume change ahead of a conjurer whose lethal spells could end Justice–permanently. Good thing the diabolically sexy and deeply powerful Magician of the Arcana Council has Sara’s back…if only he didn’t hold so much of her heart as well.

The canals of Venice will run with blood when you deal in The Red King. 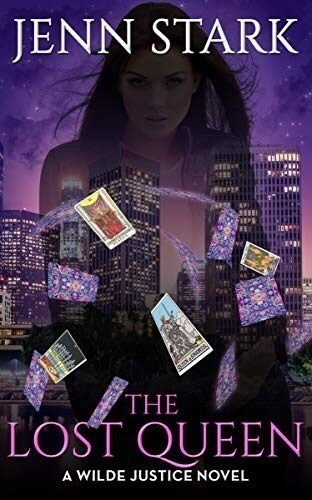 As Justice of the Arcana Council and an experienced artifact hunter, Tarot-reading Sara Wilde prefers to track down the missing on her own. With her latest case, unfortunately, everyone’s dying to help her out.

Determined to locate the Lost Queen, a witch destined to fulfill a dark and twisted prophecy, Sara finds herself corpse-blocked at every turn. Not even the electric, provocative, and deeply powerful Magician of the Arcana Council–whose newest arcane pursuits test Sara’s emotional and sensual boundaries–can help her find her mark.

Worse, Sara isn’t the only hunter on the case. From the shadowy labyrinths of Budapest to the ancient churches of Moscow to the glittering lights of Los Angeles, the world’s most powerful male witches are gunning for the Lost Queen, demanding her as their rightful consort. Right before they end up dead, each more gruesomely than the last. There’s definitely a pattern here…and one Sara needs to break, before her own mercurial Magician becomes the prophecy’s next target.

Better hope you don’t find what you’re looking for when you hunt The Lost Queen.